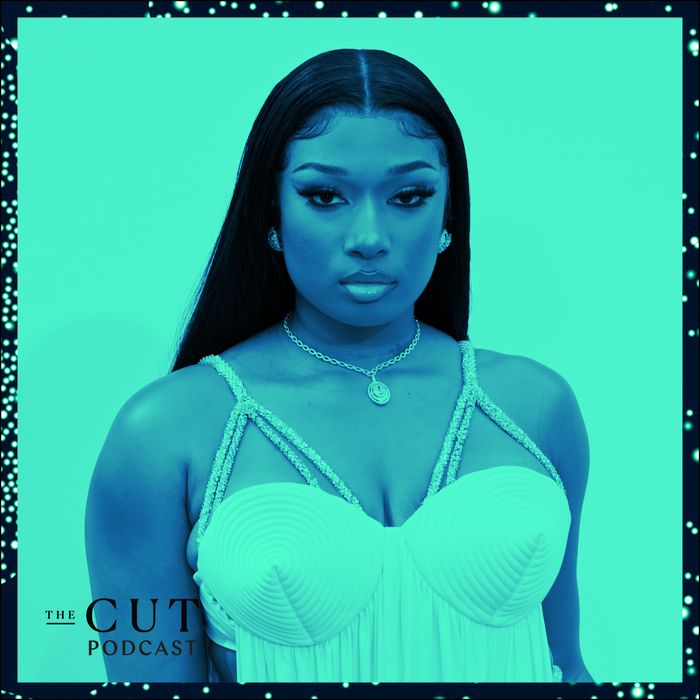 In this week’s episode of The Cut, co-host B.A. Parker opens up about the feelings of hopelessness she has experienced in the past year regarding her safety and worth as a Black woman — both out in the world and, more critically, online. She speaks to Zeba Blay, a writer who coined the hashtag #CarefreeBlackGirl, and Moya Bailey, the author who created the term misogynoir, a word that describes the negative way Black women are treated and represented in social and digital spaces. They discuss their personal experiences online and the search for safe spaces in an overwhelmingly unsafe world.

To hear more about how even the most influential Black women face scrutiny in online spaces, listen below and subscribe for free on Apple Podcasts or wherever you listen. Below, you can read the full transcript.

PARKER: I desperately wanted a Hot-Girl Summer. Felt entitled to it. The goal was to be a chubby Black girl in a Spike Lee crop top feeling the fantasy on the streets of Brooklyn. But then it started to freak me out. And I increasingly find myself wanting the opposite. An Inside–Girl Summer. A summer in which I cannot be looked at, talked to, messaged. In fact, I do not want to be perceived at all. This feeling actually crystallized last summer. This was a time when, within one month, Breonna Taylor’s life became a meme, the rapper Noname was getting called out by J. Cole simply because she was reading books, Megan Thee Stallion got shot and no one would believe her.

Even though he shot me, I tried to spare him. And y’all MFers is not sparing me. That’s crazy. That’s fucked up. I go through so much shit on a daily basis anyway. And then I have to get on the MFing internet when I’m just trying to make my music.

PARKER: A video went viral of a young Black woman being grabbed by a group of young Black men and tossed in a dumpster because they thought it was funny — ironically all while several of the guys were in Black Lives Matter T-shirts.

PARKER: And the young activist Oluwatoyin Salau was found murdered.

OLUWATOYIN SALAU: You cannot take my fucking Blackness from me. My Blackness is not for your consumption, n – – – -. It’s not!

PARKER: And in the midst of all that, on the hottest day of July, I left my house for the first time in months and went to a Walgreens down the street, and when I came out, three men followed me for several blocks, shouting fat-Black-girl jokes at me over my headphones until I could finally cross the street. Now it’s a year later, and I’m meant to embrace this idea of “Hot-Girl Summer,” when walking a block without being verbally assaulted feels like a victory.

I don’t want to hide, but there’s nothing convincing me to engage.

ZEBA: To be a dark-skinned Black woman, to be a Black woman with kinky hair, and then to be big just felt so scary because I realized that there are people who are going to perceive me and not prescribe any worth or value onto me. That is going to put me in positions of danger. It can be physical violence. It can be emotional violence, even the disregard and the dismissal that I exist. So I went through a period of just not leaving the house.

PARKER: This feeling, as if the walls were closing in and the proverbial pitchforks were just outside her door, is what led Zeba to stay inside.

ZEBA: I’m just coming out of a period right now of intense depression and intense agoraphobia. Like, the longest stretch I went was probably five months where, like, I literally did not exit my apartment.

PARKER: Was this before or during the pandemic?

ZEBA: This was before the pandemic. So when the pandemic happened, I was like, Oh, I’m so happy because now I have an excuse to avoid everyone, you know?

PARKER: I’m not sure how to properly put into words what it feels like to hear another Black woman say, “The way the world treats me gives me anxiety, and I wanted no part of it.” Because it was the first time I’ve ever heard someone else say it. I kinda thought maybe it was just me and it was all in my head. But now, a recent survey shows only 3 percent of Black professionals, mostly Black women, want to return to the office. I can’t help but see this as a moment where a lot of us are hitting a breaking point, asking, Why does the world seem to hate Black women so much? And how can we somehow feel okay?

ZEBA: Where do we go to feel safe? And why is no one talking about this aspect of being a Black woman? It’s not to be all doom and gloom, because being a Black girl is lit; I wouldn’t have it any other way. But even what happened with Naomi Osaka, like people being like, “What was there to be anxious about? Why is she like that?” People can’t see our humanity in so many instances. They can only see all the things that they want to extract from us.

PARKER: It turns out that this particular kind of mental and emotional gut punch has a name.

MOYA BAILEY: The term is misogynoir. There is something very specific to how Black women, and people read as Black women, are being treated and represented in our social and digital spaces, and even of the social spaces of the past.

PARKER: Moya Bailey created the term misogynoir, which describes the very specific racist and sexist violence that Black women encounter, because we have that fun thing called “dual forms of oppression.” Moya first used the term in an essay about hip-hop back in 2010. In the essay, she wrote about the realization that she’d been ignoring the misogyny in her favorite songs for years, mostly because rappers weren’t calling her a bitch. And, you know, the beats were nice.

This idea actually started to percolate for her way back in 2004, when Moya was just a teenage college student at Spelman. There was this one Nelly music video that was making the rounds.

MOYA: I was home for Christmas, and I was just up late and I saw “Tip Drill,” and I was like, Wow, we’re really doing this. Okay.

Moya shared the video with her group, the Feminist Leadership Alliance, on her college campus, and the group decided Nelly should know that this was not cool … like, at all.

MOYA: So we had already decided that Nelly was our “Misogynist of the Month.” I’ll say, too, that we were really earnest and young and kind of naïve. We were like, “We should write him a letter, and we should tell him that, you know, these images have some real impact in the world for Black women and that he should rethink how he is representing Black women in his lyrics and song.”

PARKER: Just their luck, Nelly was coming to Spelman’s campus to do a bone-marrow-registration drive for his sister, who was at that time fighting leukemia. But word reached Nelly’s camp that a protest was emerging and there were flyers all over campus with his face and the words “Misogynist of the Month” across it. So instead of talking with a group of young Black women about why swiping a credit card down a woman’s ass cheeks might not have been very respectful to Black women, Nelly actually canceled the bone-marrow-registration drive for…