(MENAFN– The Conversation) This is a transcript of part 1 of Climate Fight: the world’s biggest negotiation, a series from The Anthill Podcast . In this episode, Where’s the money? we’re talking about climate finance – money pledged by the world’s richest countries to help the poorest parts of the world adapt to and mitigate the effects of climate change. Where is it being spent and is it really working?

Climate fight: the world’s biggest negotiation is a series supported by UK Research and Innovation , the UK’s largest public funder of research and innovation.

Jack Marley: From wildfires in Algeria, to mega floods in China, the climate crisis is a fact of life no matter where you live on Earth, and we can only tackle it through international cooperation.

In November 2021 Glasgow is hosting COP26 – that’s the United Nations Climate Change Conference. For the 26th time, leaders from around the world will come together to plan how to tackle the most urgent challenge of our time.

But how will countries reduce their greenhouse gas emissions to stop global heating? How will we protect people, their homes and their livelihoods? And how will it be paid for?

From The Conversation, welcome to a new series by The Anthill podcast: Climate Fight: The world’s biggest negotiation.

Jack: I’m Jack Marley – environment editor at The Conversation and based in Newcastle, England. I’m going to take you inside the fight for our future planet.
Over five episodes we’ll speak to experts researching the politics and economics of the climate crisis and working on solutions, and also some of the people living with the consequences.

Because, this yearly climate conference isn’t the only place we negotiate what happens to our planet. That negotiation is happening right now, in every part of the world, among everyone who has a stake in preventing climate breakdown. This includes you, your neighbours, and people who live on the other side of the world.

And the first place we’re visiting is the coast of East Africa.

On Zanzibar Island, Tanzania, mangroves grow on the beaches and in the shallow ocean water. These are green leafy trees and the species in Zanzibar have roots sticking straight up out of the sand. These mangroves mean a lot to local people.

Jack: Biraya spoke to reporter Maryam Charles in Zanzibar. Biraya used to cut the nearby mangroves to make charcoal and firewood. Others used them to build houses, and Biraya would sometimes sell the wood at the market. Mangroves play a big role in the economies of tropical coastal communities around the world. But as Biraya knows, they’re also important to the local environment.

Biraya: We cut mangroves until our water started changing, it started tasting salty. There were places where people stopped farming because of the salty water entering the plantations. We therefore decided to stop cutting them because the water could get into our houses.

Jack: Mangroves filter the salt from sea water through their roots. They can even help protect against sea level rise. And they are one of the best habitats at storing carbon; something that needs to happen in all areas of the world if we’re going to limit global heating.

Several years ago the government of Tanzania and an international climate fund put money towards protecting mangroves. This meant stopping people from cutting down the plants, and people like Biraya lost their source of firewood and income.

Biraya: Even we women used to make charcoal. We no longer get the money we used to get. Since we stopped we’ve not received any support from the government but everyone is doing what they can to survive with the kids back at home.

Jack: The funding the government of Tanzania received is a form of climate finance; that’s money given every year in the order of billions of dollars to help countries adapt or mitigate the effects of climate change. And Biraya’s situation is an example of what can go wrong when local people aren’t properly considered in the way climate finance is spent.

You’re listening to Climate Fight part one — Where’s the money? 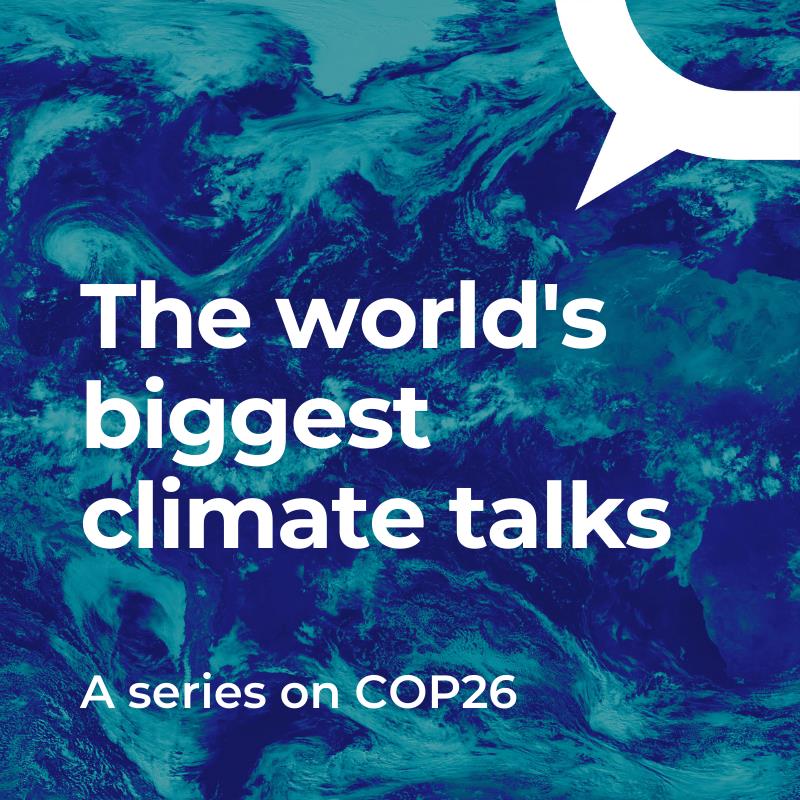 This story is part of The Conversation’s coverage on COP26, the Glasgow climate conference, by experts from around the world.
Amid a rising tide of climate news and stories, The Conversation is here to clear the air and make sure you get information you can trust. More.

Jack: Climate breakdown disproportionately impacts people in the global south. In these warm climates, people face droughts and sea-level rise. To add to the injustice — these are usually the people who have contributed the least greenhouse gas emissions that scientists are now certain are causing the climate crisis.

Governments and other public and private sources pledged to give a total of $US100 billion dollars a year to poor countries by 2020, to help mitigate these disasters and to help them cut greenhouse gas emissions. This money goes to lots of different projects, like the protection of certain habitats, or the building of walls to guard against sea-level rise.

But what will spending the money right look like? Who should decide where it goes? And what is the moral and legal weight behind what rich countries owe poor countries? To understand more about what happened in Tanzania, I spoke to the person who researched it.

Jessica Omukuti: My name is Jessica Omukuti and I am COP26 researcher at the University of York, and so my work focuses on climate finance and how it’s delivered in the global south.

Jack: Jessica is one of four UK-based researchers awarded a UKRI COP26 Fellowship ahead of the event in Glasgow. We’ll be hearing from a few more of them throughout this series.

Jessica: The biggest section of discussions of climate finance is how do we support those who are least able to adapt to climate change, but also how do we accelerate mitigation actions.

Jack: In 2018, Jessica spent several months talking to locals in Zanzibar and on the Tanzanian mainland about the new mangrove measures and asking how their lives had changed. The new programme started when Tanzania was looking for a way to protect against sea-level rise and also increase how much carbon it captured.

The Least Developed Countries fund gave them the money for the programme. That’s a small international fund to support the work of the UN Framework Convention on Climate Change (UNFCCC). Tanzania used part of the money to replant mangroves, have people make sure the seedlings didn’t die, and patrol to make sure the mangroves weren’t cut down.

Jessica: But then that protection of mangroves prevented communities from continuing to extract other uses from the mangroves. And even though when you look at this from a very high level you say,“Well, you know, there could be other ways for people to generate their income.”

The problem is that the project itself did not think of this, or they probably thought of it but then did not implement alternative measures. For those who lost the most or those who suffered the most from adaptation actions there were very immediate effects that were overlooked, for example losses to livelihoods, health effects because some people could not get the medicines that they required. There were also psychological effects; there were people who would be arrested, who would have their merchandise captured, and those effects were not accounted for when that project was being funded, and so the finance was probably generating harm that was not anticipated and that was not remedied. 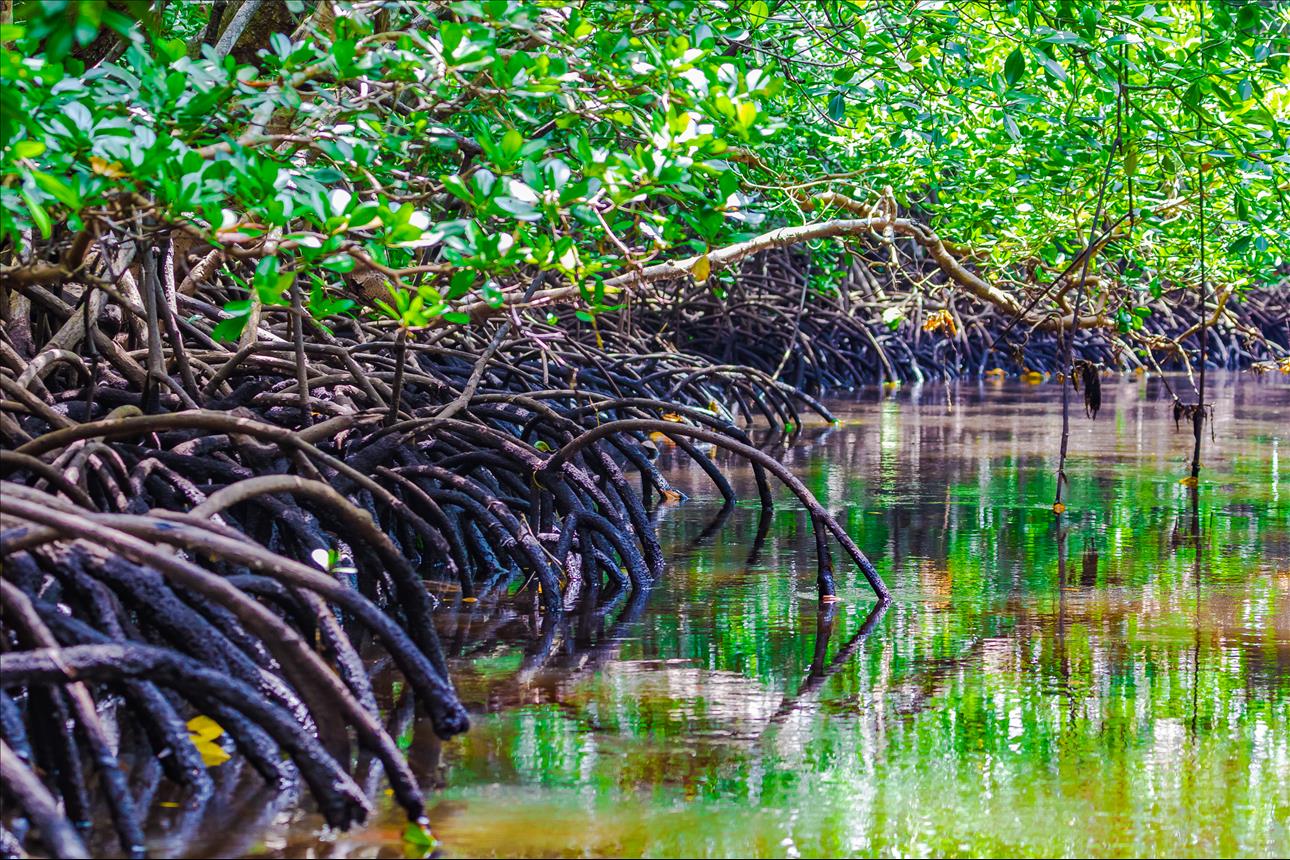 Khatibu Ali Vuai: My name is Khatibu Ali Vuai, a resident of Kisakasaka, Zanzibar. In our village, the main activity that majority of the people are involved in since the days of our…