Alumni share comedy, podcasts, music and more for us to hear and enjoy in this feature story about creative Flyers. 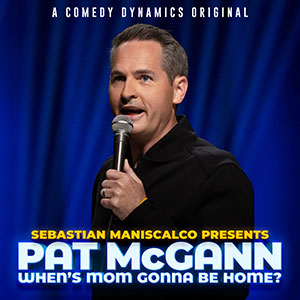 McGann has always connected with people through humor, which he said was especially true while at UD. His first [comedy stand-up special](https://www.comedydynamics.com/catalog/sebastian-maniscalco-presents-pat-mcgann-whens-mom-gonna-be-home/) has helped keep him busy in place of live performances. McGann elaborated on the comedy special’s title and said, “Obviously it was named before the pandemic because now it’s like, ‘When is mom not going to be home? When is dad not going to be home?’” — though he said he’s enjoyed the extra family time at home with his wife and three young children. To continue laughing with McGann while he awaits in-person shows, subscribe to his podcast, All Over The Place. — L . D . 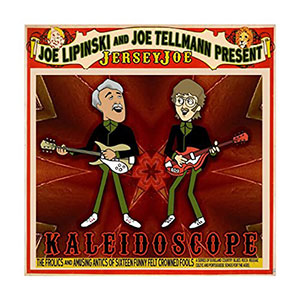 Known as “Lipper” in college, Lipinski played his first solo gigs at Monk’s Inn, the basement coffeehouse in Liberty Hall. He got his current stage name “Jersey Joe” from his high school years spent in New Jersey.

An educator by profession, Lipinski retired early to take in more years of touring and playing an eclectic array of music with a host of bands. “I have had a great musical life, and perhaps I should let the young kids get the gigs, but I cannot deny I still have a great passion to play,” he said. He’s also still recording. His four pandemic albums with young guitarist Joe Tellmann include Kaleidoscope, a genre-transcendent collection of 18 original songs. —M . T . 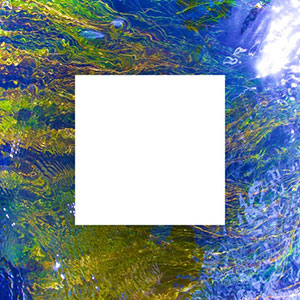 The trio describe themselves as a pop group that infuses complex lyrics with elements of hip-hop. The friends, although from different class years, met thanks to enduring connections to Flyer Radio and the ArtStreet recording studio, StreetSounds.

“I consider our connection to UD to be the reason we are all working together now,” said Rivet, “and our musical partnerships have grown into long-term friendships, similar to my ’08 classmates.” The band released its most recent EP, Au Sable, in March 2020. UD alumni are encouraged to utilize MEGA PIXEL’s 350 sound recordings for individual music production using the discount code FLYER50. For access to the sound recordings and more information about the band, visit megapixeltheband.com. — L . D . 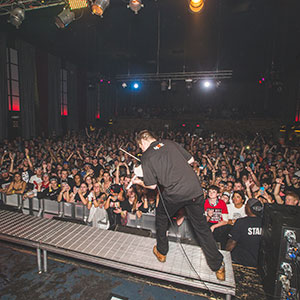 In third grade, Tuleta heard a violinist for the first time. By the next week, he had started lessons. At age 32, he’s still playing. With the band littlebirds, Tuleta performs at clubs and bars in his hometown of Cleveland and his new home of Chicago, where he serves as president of the UD alumni community. A psychology major while at UD, Tuleta also keeps busy as a client project manager for Epsilon, a data marketing company. While he doesn’t consider himself a composer, Tuleta does write violin accompaniments to the cover songs the band plays. “It’s fun to transpose a guitar or vocal solo from a Chainsmokers or Drake song into a violin part,” he said. His playing can be sampled on Instagram @2leta, including a snippet of shows (pictured above) he did with pop-punk star Machine Gun Kelly. —M . T . 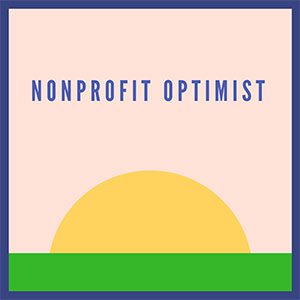 MacCready aimed to spread good news when she started the Nonprofit Optimist podcast four years ago, and she has continued to do so. “I think I’ve been most surprised by how many people are seeking this kind of resource and have started listening to the podcast,” MacCready said. She created a platform to highlight other nonprofits while discussing her own experiences and expertise within the field. Beyond being the host, interviewer, producer, editor and publisher of Nonprofit Optimist, MacCready is the founder of Child Restoration Outreach Support Organization and the mother of two young children. The podcast has 42 episodes and counting. — L . D . 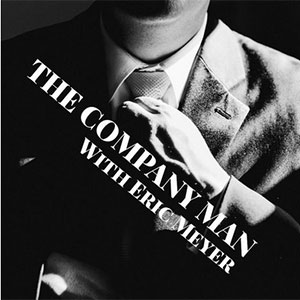 Meyer was reconnecting with decades-long colleagues online after being laid off during the pandemic. The Company Man podcast was born out of the idea that everyone has a network. “Within every network are a million interesting stories about career and life,” Meyer said of the podcast. In the two years that Meyer has been podcasting, he has interviewed an Ultimate Fighting Championship athlete, an actor and an NFL player. Fellow UD grad Eichman joined Meyer on a boat in Idaho for one of his favorite episodes where they discussed their 30-year friendship that started at UD. “Bottom line, everyone has a story. The goal of The Company Man is to tell some of them,” Meyer said. —Z . H . 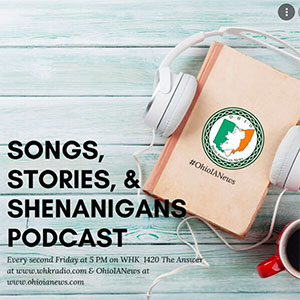 This podcast by the publisher and editor of Ohio Irish American News is part entertainment guide, part history lesson and part current affairs brief. O’Brien — also author of books including a biography of Irish music legends — hosts the show every other Friday on WHK radio out of Cleveland. Each installment includes a list of local Irish music concerts and milestones in Irish history. Past episodes have featured interviews, including an insider look at Gaelic foot-ball and a Q&A with the consul general of Ireland to Chicago and the Midwest, Kevin Byrne. Says O’Brien at the top of each episode: “When you want to know where to go, what to do, to be seen, to make a difference, you come here, to iIrish: the truth and the pulse of what matters. And you know, we’ve always been green.” —M . T .