How a group of creative Canadian academics is changing the face—or is that sound?—of scholarship

In an early episode of his new podcast, Our Creaturely Kin, Daniel Heath Justice—a renowned First Nations and Indigenous studies professor at the University of British Columbia—will do a deep dive on coyotes. He’ll interview ranchers, trappers and conservationists, detailing the animal’s biological evolution and the trajectory of its relationship with humans, and delving into representations of the wily predator in media and folklore. (Cedar, moss and the equally wily raccoon will also get their own programming slots.)

“There’s a lot to learn from people who interact with these beings in their daily lives,” Justice says. “I’m approaching [the project] as a researcher rather than a journalist, but I think that opens up the potential for thinking about expertise as something one gets not only through academic credentials, but through lived and professional experiences.”

The podcast isn’t merely an offshoot of Justice’s “real” written research or an elaboration of an existing journal article; it is the research. In fact, Justice’s podcast, which will be peer-reviewed before its release—a first in North America—is part of a bold new take on research that treats new media as scholarship, defying the traditionally rigid informational hierarchies in academia.

MORE: Reclaiming the Thunderbirds sports team name at the University of British Columbia

Justice’s podcast is one of three planned by the Amplify Podcast Network, founded in the spring of 2020 by co-directors Dr. Hannah McGregor, an assistant professor with Simon Fraser University’s department of publishing, and Siobhan McMenemy, senior editor at Wilfrid Laurier University Press. “The idea that only written knowledge can be ‘serious’ knowledge has a long history in settler colonialism and the devaluing of oral traditions—and it doesn’t make much sense when you apply pressure to it,” says McGregor. “It’s led to the default assumption that something like a podcast can talk about scholarship, but can’t be scholarship.” 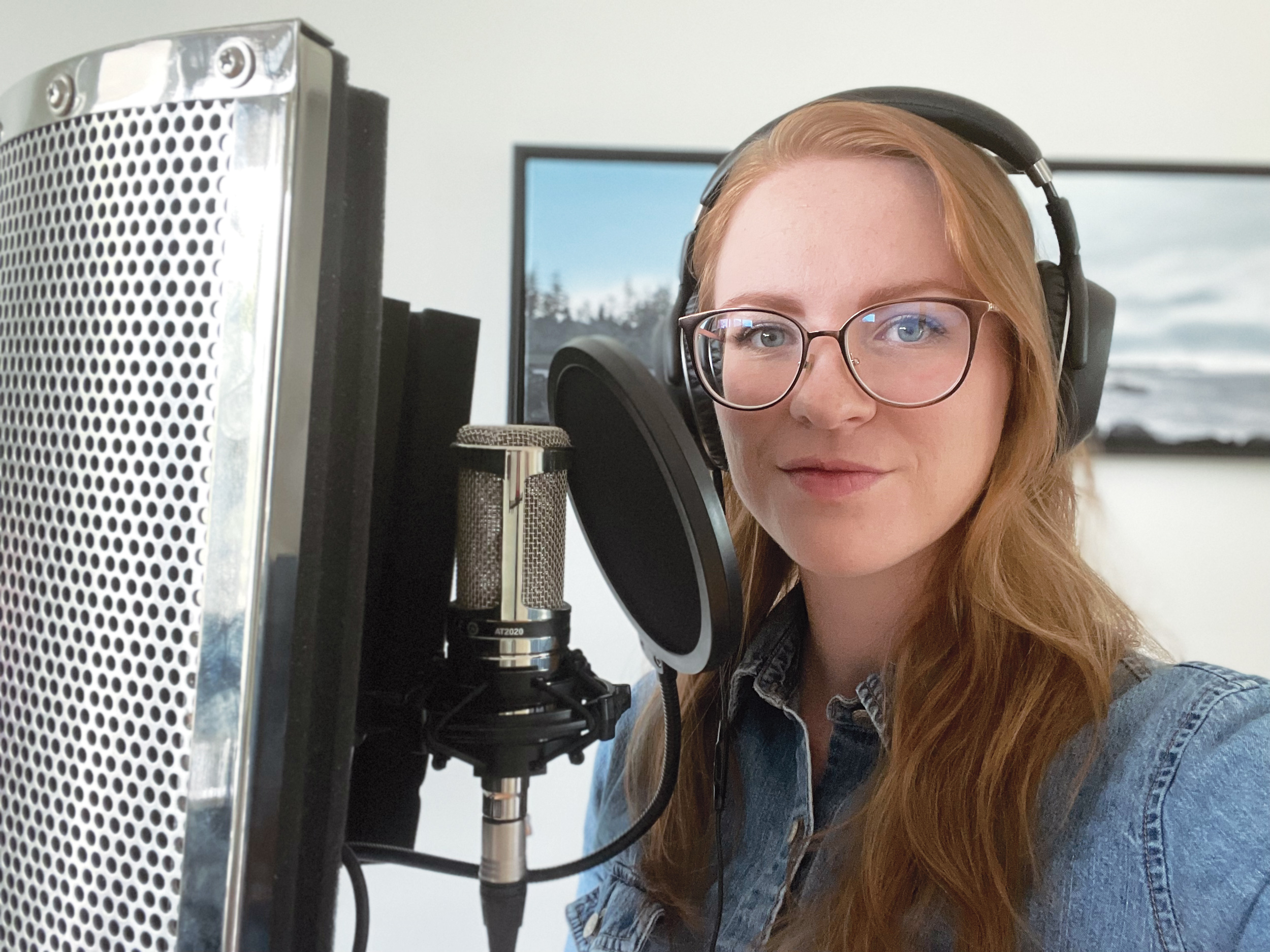 Peer review as a legitimizing exercise—wherein one or more academics with similar expertise evaluate, critique and ultimately approve a piece of research (or don’t)—has deeply entrenched roots: first employed in 1731 by the Royal Society of Edinburgh, the process rose to prominence thanks to post–World War II advancements in communication technology, and became standard practice for academic journals by the last quarter of the 20th century. While some of Amplify’s podcasts will use scripts, the focus of the peer-review process will be the audio component. “Peer review is essential to maintain quality in academic work,” says McGregor. “But that doesn’t mean it can’t be reimagined.”

So how does one peer review a podcast? Much in the same way one would review an article, except one uses sound files, which are sent to two or three academics whose own bodies of work are pertinent to the subject. They’ll provide feedback for revisions before the podcasts are released to the public. Some concessions will have to be made for the format, of course: podcasts can’t be double blind or fully anonymous when delivery of the information is vocalized.

McGregor notes that the emergence of scholarly podcasts coincides with a wider push in academic circles toward open-access publishing, a model that distributes research online free of charge. “So much of our scholarly output has been locked down by a small number of for-profit companies that make research deeply inaccessible to anyone outside of a university,” she says. “Many [of us] want to challenge the status quo.”

READ: Ontario nursing schools are seeing an increase in applicants during the pandemic

A 2019 meta-study found that while universities, both public and private, make heavy use of terms such as “public good” and “community” in their mission statements, open-access scholarship is generally not prioritized—and is, in some cases, actively discouraged—in guidelines that dictate what kinds of work count toward an academic’s tenure or promotion. Neither is community-engaged scholarship, which engages members of the public in research itself.

Another culture-shifting inclusion is Amplify’s involvement of graduate students from podcast creation to production. Stacey Copeland, Amplify’s supervising producer, is a Ph.D. candidate at SFU’s school of communication. “I produced a three-part audio documentary as part of my M.A. thesis, but it wasn’t considered ‘the thesis.’ I still had to write it,” she says. “Amplify is shaking it up. And, with podcasting, I get to combine two things I love: I can write critically, but I can also bring in creative elements like storytelling and sound design.” Kendra Cowley and María Alvarez Malvido, the producers behind another Amplify podcast called Border Crossfade—which focuses on borders, literal and otherwise, and explores themes of identity, land and mobility—were master’s students at the University of Alberta when they joined Amplify.

“It’s been very important for us to make sure that early-career and emerging scholars are a central part of this work,” says McGregor. “In my experience, grad students are engaged by the idea of creating fun and accessible scholarship that their friends, communities and families might also be able to listen to and engage with.”

“I think we’re in a remarkable time where scholarship can take many different forms and maintain the same rigour, dependability and peer assessments that any other kind of research endeavour would,” says Justice. “A lot of people listen to podcasts who probably wouldn’t pick up an academic book or journal on the topic. Podcasts connect with a broad audience, but have the potential to draw from a broad knowledge base, too.”

Our Creaturely Kin is currently in the interview stage and, as with the other slate of Amplify podcasts, is set to launch in late 2022. It remains to be seen whether podcasting will gain widespread adoption as a research medium, but for students worried that their work will get trapped in the postgraduate ivory tower, Amplify’s programming is a welcome sign of things to come. “Academics have always pushed boundaries,” Justice says. “I’m excited about the possibility of this work taking research into new spheres—and to new audiences.”

This article appears in print in the 2022 University Rankings issue of Maclean’s magazine with the headline, “Media studies.”