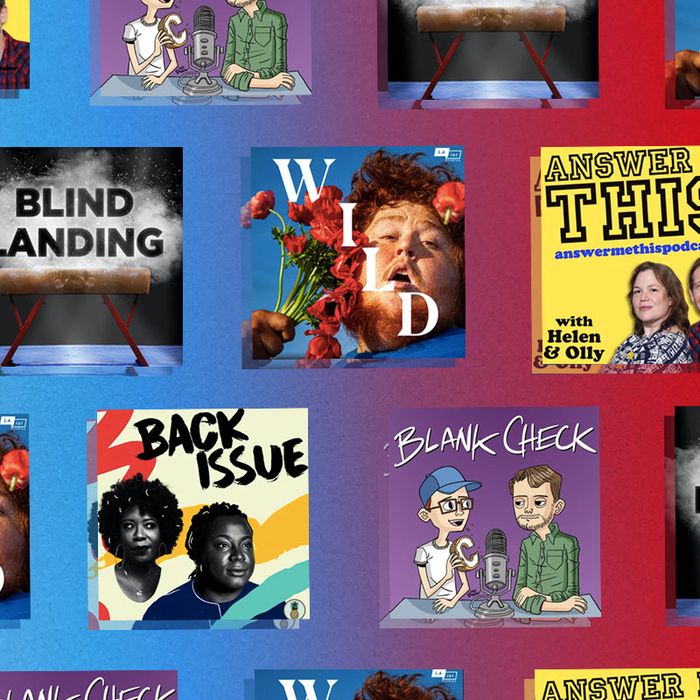 This article was featured in 1.5x Speed, New York’s podcast recommendation newsletter. Sign up here to get it weekly.

Tell me what you’re listening to. Find me on Twitter or reach me over email: nicholas.quah@vulture.com. 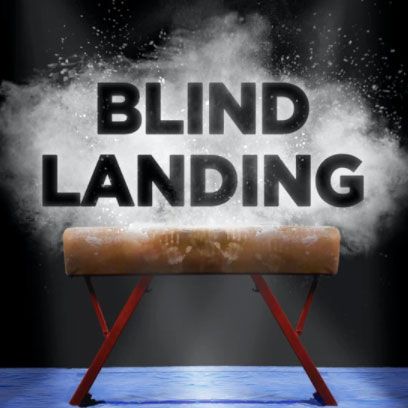 Here’s a show that’s been getting some buzz lately, and it will likely be a decent chaser for those getting over the Olympics gymnastics events that came to an end yesterday.

Hosted by journalist Ari Saperstein —  and supported by a team that includes Jessica Taylor Price, Myka Kielbon, and Christian Green — Blind Landing is a short independent podcast series that takes on the story of one of the biggest mistakes ever made in the sport when, during the all-round competition at the 2000 Sydney Summer Olympics, a vault apparatus was erroneously set two inches (or five centimeters) too low.

It should go without saying that a two-inch swing is deeply consequential when we’re dealing with a sport of extreme precision. Blind Landing opens by tracing the experience of the American gymnast Elise Ray, who narrowly avoided landing on her head after missing the apparatus during a warm-up attempt. (If you have the stomach for it, there’s footage of the failed vault that you can find on YouTube here.)

Ray wouldn’t be the only gymnast adversely affected by the equipment mistake. Over the course of the competition, eight gymnasts would fall during their attempts — an unprecedented number, Saperstein tells us, that should have tipped organizers to the notion that something was terribly amiss — and one, Great Britain’s Annika Reeder, became so injured during her tries that she was forced to withdraw from the Games entirely. (It turned out to be Reeder’s last Olympics.) Half of the event’s 36 competitors would take their turns on the vault before one, the Australian gymnast Allana Slater, finally stepped up and said something was wrong.

The organizers would reset the equipment, and by way of remedy, they offered those who had already made their vault attempts an opportunity for a do-over at the end of the session. But it was too little, too late. After all, competing at the highest stage possible isn’t just a physical ordeal but also a deeply psychological one. For certain sports, like gymnastics, athletes spend a tremendous portion of their waking life preparing for what will ultimately be a brief, condensed moment of competition — an extended crescendo that builds into a fleeting instance of release and execution. As such, by the end of the session, many of the affected had already competed at other events and likely performed worse after being destabilized and demoralized by their vault experience. A do-over simply isn’t enough as a remedy but a ham-handed consolation.

This is the story that Blind Landing walks listeners through, and to head off any suspicions that what you’re hearing might be some tawdry true-crime endeavor, Saperstein is quick to assert early that what happened at the 2000 Sydney Summer Olympics wasn’t, as he puts it, “a Tonya Harding situation.” Which is to say, this isn’t a tale of foul play.

Rather, Blind Landing directs its attention toward the question of who gets heard when something is wrong and, by extension, the relationship between individuals and the overarching cultures or systems within which they operate. It’s a provocative lane, bringing to mind what we generally assume to be exactly the way it’s supposed to be. Was that mistake my fault as an individual or was it the fault of the system? How can I tell, how am I shaped to feel confident in being able to identify that something’s wrong, and how am I heard when I speak up? Blind Landing runs this set of ideas through its reading of why Allana Slater — who, again, was the 19th person to step up to the vault apparatus in competition — turned out to be the one who spoke up and who was ultimately heard. In short, it’s because she had a coach who actually listened to and vouched for her, which isn’t always the case in coach-athlete dynamics.

As a matter of composition, Blind Landing does a few things pretty well with this story. The tape of Saperstein interviewing several of the gymnasts who went through the 2000 Olympics experience is fascinating, and the show does a compelling job — to my untrained ears, at least — describing the technical elements of what actually goes into a vault attempt, which makes me think that I’d be perfectly happy listening to several more hours of people verbally describing the motor-mechanics of a jump shot, a perfectly executed free kick, or a smooth golf swing. (Maybe that’s just me.)

But the podcast is also fairly rough around the edges. Its five 30-minute episodes are packed with a decent amount of narrative repetition, which suggests that there’s a world in which Blind Landing could have made a tight, solid hour-long episode of a magazine show. I’m also struck by the cluster of other pertinent threads lurking just beneath the surface of the story that the show ultimately doesn’t touch. Like, for example, how this all relates to what we know these days about the culture and conduct of the USA Gymnastics program as it pertains to women, along with more specific details like the notoriously brutal Bela Karolyi’s involvement as the USA Gymnastics program’s national team coordinator leading up to the 2000 Olympics. (Bela Karolyi and his wife, Martha, by the way, are the subjects of a solid 30 for 30 Podcast from last year called Heavy Medals.)

Nevertheless, Blind Landing remains a worthwhile listen for what it is. The series comes packaged with a subtitle: “The untold story of one of the biggest mistakes in Olympic history.” One can quibble with the use of “untold” here — just last year, Defector published a lengthy piece by Dvora Meyers that dove deep in its revisiting of the debacle. But Saperstein stakes the claim on his finding that very few of the affected gymnasts who went through what they did at the 2000 Sydney Summer Olympics were ever interviewed in-depth about their experience. This further loops into Blind Landing’s core theme: who gets heard, and who still doesn’t.

• Answer Me This, the long-running monthly comedy advice show by Helen Zatlzman and Olly Mann that’s also one of the U.K.’s most successful independent podcasts, is coming to an end this week after 14 years and 400 episodes. Good night, sweet AMT. Shout out to that one time in 2007 when Zaltzman and Mann stormed the streets of Luxembourg to push the podcast up the Luxembourgian iTunes charts.

• Blank Check, the filmography-spelunking podcast by Griffin Newman and David Sims, is kicking off a deep dive into the works of John Carpenter starting August 8. Guests on the upcoming miniseries, which will be called They Podcast (you know the reference), include the directors Nia DaCosta and Alex Ross Perry plus a slew of critics such as Emily Yoshida, Amy Nicholson, and Vulture’s own Angelica Jade Bastién.

• There’s plenty of fun, interesting ideas going on in WILD, Erick Galindo’s LAist Studios podcast that builds rich audio portraits of various people during the pandemic. Of particular interest is the seventh episode, featuring WILD producer Megan Tan, which itself feels like a continuation of her work on Millennial, the indie podcast that she made between 2015 and 2017.

And that’s a wrap for 1.5x Speed! Hope you enjoyed it. We’re back next week, but in the meantime: Send podcast recommendations, feedback, or just say hello at nicholas.quah@vulture.com.

1.5x Speed: A Weekly Newsletter of Podcast Recommendations and Reviews