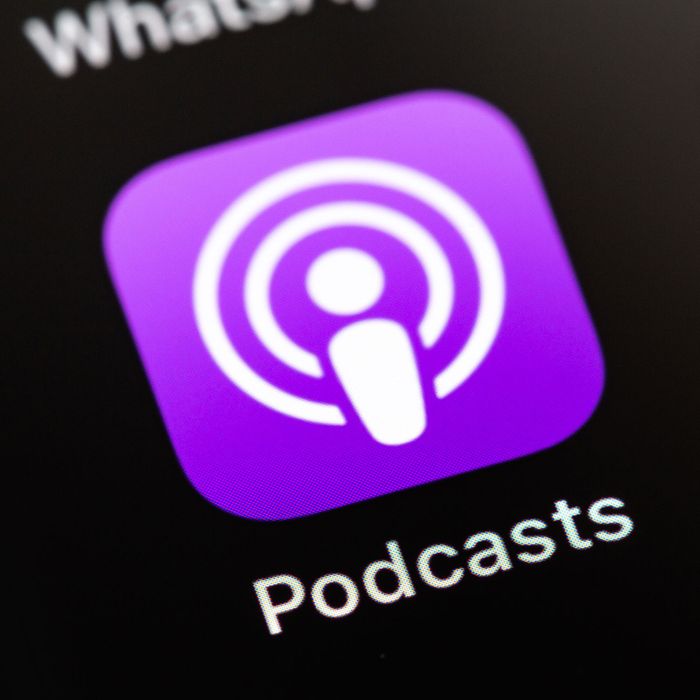 This article first ran in Hot Pod, an industry-leading trade newsletter about podcasting by Nick Quah.

Apple has finally issued a fix, via the iOS 14.7 update, for the Apple Podcasts bug that’s been preventing automatic downloads for new episodes from completing in the background for some users. The bug has resulted in some chaos with download numbers reported on third-party hosting platforms. For those closely watching, the fix comes about a month after Apple first publicly acknowledged the problem.

Two follow-ups. Firstly, Podtrac, the podcast measurement company that publishes periodic public reports on industry-wide audience patterns (as usual, they are to be read with caveats), seems to hold the bug responsible for its recent finding of a consistent downward trend in year-over-year download growth. “June download data was negatively impacted by a bug reported by Apple on their Apple Podcasts for Creators page on July 1, 2021,” the company wrote in its latest blog post, before pointing to a graph displaying a sharp drop in downloads facilitated over Apple Podcasts while downloads facilitated over other platforms stayed comparatively consistent to their previous trajectory.

Podtrac also noted in the post: “Overall, 2021 has been just slightly above or on par with 2020 traffic through May, and June was the first month where 2021 saw less traffic than 2020.”

Secondly, I’m still trying to get a feel for how advertisers — both brand and direct response — are thinking about these reporting issues. I haven’t heard much rumbling on this particular topic over the past month, but that doesn’t mean they don’t exist, and I frankly haven’t comprehensively canvassed the issue just yet. As usual, my inbox is open.

Anyway, if you need further context as to the bigger picture around the bug and its significance, hit my column from a few weeks back.

Spotify announced second quarter earnings last week, and the company’s performance on its core metrics were a mixed bag relative to the guidance they had issued going into the day. However, there was one podcast-specific data point that’s been turning some heads: Podcast advertising revenue (as directly generated by Spotify) was said to have grown by a whopping 627% year-over-year.

This data point was not mentioned in the press release, but it was disclosed by CEO Daniel Ek in the earnings call, where he added: “The continued out-performance is currently limited only by the availability of our inventory, which is something we’re actively solving for… The days of our ad business accounting for less than 10% of our total revenue are behind us, and going forward, I expect ads to be a substantial part of our revenue mix.”

Now, 627% growth is an eye-popping stat, but don’t lose the context: The leap comes off a small base number. (A year ago, Spotify’s “streaming ad insertion” push was still in its infancy.) With that mind, it’s more prudent to frame this data point as a historical marker of sorts: The second quarter of 2021 appears to be the period when Spotify finally flipped on the podcast advertising switch. The thing to watch next is what the actual baseline growth rate eventually shakes out to be.

Meanwhile, the company also disclosed that podcast listening among monthly active users grew by 30% year-over-year on a per user basis. Let’s move on.

It’s a newly created role, and according to the official announcement, it will feature Szuchman overseeing management across the Times’ sprawling audio department. Previously, Szuchman was the lead on the Times’ Opinion Audio team, which she was brought in to build.

Lisa Tobin — who was the Times’ first executive-level hire on the audio front — will continue to lead the News Audio team, while Alison Bruzek, a senior producer on Opinion Audio, will step into an interim leadership role in that team. The search for a new head of Opinion Audio is currently underway. Operations for both News Audio and Opinion Audio will remain separate, mirroring the typical conventions of the broader newsroom, but both will report up to Szuchman in this new structure. Meanwhile, Serial Productions, which the Times acquired last summer, will continue operating on its own under Julie Snyder’s leadership, and will report directly up to Times assistant managing editor Sam Dolnick. It’s my understanding that Serial Productions will not be part of Szuchman’s purview.

Szuchman’s elevation to this new senior leadership position was remarkably swift, having joined the Times only in March 2020. She was previously an executive at New York Public Radio, which she joined as Senior Director of Digital Content in 2013 before becoming VP of New Show Development, which involves overseeing WNYC Studios, in 2015. Before that, she held management roles in The Daily Beast and Newsweek, and had spent eight years at the Wall Street Journal.

Those management experiences, particularly through WNYC, likely drove Szuchman’s appointment to this newly created Director of Audio role, which takes place against a larger context that involves some reshaping of processes in the wake of the Caliphate scandal.

But the promotion has also drawn criticism from at least one former staffer. Kathy Tu, who joined the Opinion Audio team in its earliest months before leaving last month, and who had also worked with Szuchman at WNYC (where Tu co-created Nancy), tweeted the following thread in response to the personnel news:

This industry continues to promote people into positions of power without at all understanding the damage they’ve done in order to get where they are. I can’t count the number of hours I worked instead of sleep, all under a false promise of progress.

When asked for a response on Tu’s comments, a Times spokesperson sent back a few lines from the official announcement on Szuchman’s promotion: “Paula is a compassionate manager and creative editor who makes every story she works on better. There’s no one better suited for this role managing the teams that make our podcasts, ensuring that our journalism remains excellent, and that we live up to our values in fostering an equitable and inclusive culture.”

The still-in-beta live audio app founded by Mark Cuban and Falon Fatemi apparently sees itself as seeing an “entirely new category,” as opposed to competing in the increasingly crowded live social audio space. (Listen, I get it, I like to think I’m unique too.)

In any case, The Verge’s Ashley Carman reports that Fireside is now inviting its early users to invest in the not-yet-formally-launched app, which I suppose is one way of doing it. Carman also writes that the startup is expecting to announce a partnership with Libsyn at the Podcast Movement conference this week, which would presumably allow Fireside creators to publish its entirely new live audio experience as podcasts through RSS feeds after the fact.

On a related note, the Podcast Movement conference is happening this week, which means there will probably a bunch of announcements trickling out over the next few days. I won’t be in Nashville — Crowds! Ahhh! — but I’ll be keeping my ears perked nevertheless.

➽ Brittany Luse and Eric Eddings have a new audio home: They’ve taken their independent podcast, For Colored Nerds (which had predated The Nod), to SiriusXM’s Stitcher. They will continue to fully hold the show’s IP, there’s an undisclosed revenue share in place with Stitcher, and the show will relaunch in the fall. The Verge’s Ashley Carman, again, with the story.

➽ Crooked Media released details for its 2021-2022 slate yesterday, which includes, among others, a new pop culture show from Jason Concepcion; an autobiographical project from the journalist Jason Rezaian about his political imprisonment in Iran in 2015-2016 (produced with Gimlet and, intriguingly, A24);…